So far this year we’ve had some fabulous gigs. Here’s some of what we’ve been up to…

On the 16th January 2015 we performed to a full house at the Ilkley Manor House. We had a fabulous night in what is a truly amazing venue. We were told that the museum is currently at risk of being sold by the council so take a look at the website and help Ilkley keep this amazing historical building open to the public and available for other artists to display their art and music within it’s beautiful walls!

We also performed at the Halsway Manor 50th Anniversary Event on the 7th February 2015 at Cecil Sharp House. Thanks to Paul James, Gavin Davenport, the staff of Halsway Manor and everyone that supported the event and came to our performance of “The Search for Five Finger Frank”. 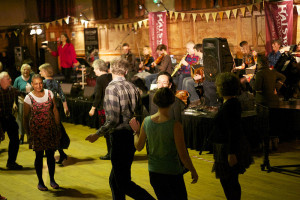 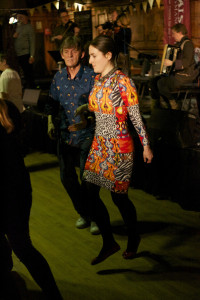 Check out the current edition of English Dance and Song Magazine. 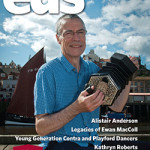 This issue’s “Singer, Song and Source” articles focus on a song from the Frank Kidson collection that happens to also be a track from our CD “The Search for Five Finger Frank”. The feature looks at both our version and the version recorded by Kathryn Roberts and Sean Lakeman on their latest album “Tomorrow Will Follow Today” along with an article about the source singer Kate Thompson written by yours truly… 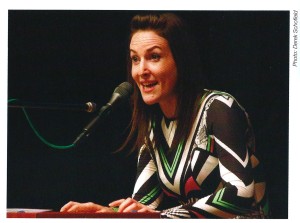 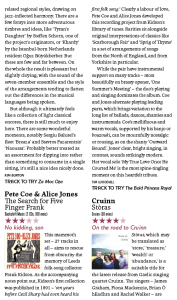 And finally there are a couple of new dates added to the “Live Date” page. This month we will be playing at:

We’d love it if you could come along and join us for a sing!