This version of “One Summer’s Morning” was collected by Frank Kidson from the singing of his mother Mary Kidson (Roberts) who is said to have heard it sung in Leeds in approximately 1820. It was a popular song particularly in Yorkshire but also in the North East at that time although the tune is likely to be much older. In “Traditional Tunes” Frank Kidson states: “The song itself is apparently of the date of the latter part of the eighteenth century, and as some reference is made to the “Hollanders,” it may perhaps be more distinctly referred to the period of an expedition to repel French encroachments in Flanders and the Netherlands in 1793. The tune is no doubt older than this date, and may have belonged to an earlier song, now lost or which has changed its tune.”

The song as printed in “Traditional Tunes” consists of six verses although many broadside versions of the lyrics often only featured the first, second, fourth and fifth stanzas. It is unclear as to whether Mary Kidson included all six of these verses in her version of the song as this is not stated in “Traditional Tunes”. However, Frank Kidson does make reference to the words printed in J.H. Dixon’s 1857 publication; “Songs of the Peasantry of England” Again, all six verses of the ballad are printed in the Dixon book, but with the addition of the following information; “we have met with a copy printed at Devonport. The readings are in general not so good; but in one or two instances they are apparently more ancient, and are, consequently, here adopted.  The Devonport copy contains two verses, not preserved in our traditional version.  These we have incorporated in our present text, in which they form the third and last stanzas.” I think it very possible that Kidson used the lyrics printed in “Songs of the Peasantry of England” to augment the narrative of the version sung by his mother.

This song is also commonly known as “The White Cockade” although there are many versions of the story featuring different coloured cockades (e.g. blue, green, orange). For those of you who don’t know, a cockade is a rosette style brooch worn by both men and women on a hat or a lapel. These cockades were usually of a circular or oval design, made from ribbon and would depict a particular political, ethical or social allegiance depending on the colours that were incorporated. In the case of this song the white cockade depicts the soldier’s military allegiance as he enlists to fight against the Hollander’s. It is documented that the white cockade was worn by supporters of the Jacobite Rebellions. There were three main Jacobite uprisings; the first occurring in 1689, the second in 1715-16 and the third in 1745-46. James VII (Scotland) and II (England) ruled from 1685 until 1689 when he was replaced by his daughter Mary and her husband the Dutch Prince, William of Orange. This change of power inspired the first Jacobite uprising. “In 1689, the Jacobites were opposed by the Williamites, or Whigs; those Britons who supported the Protestant cause and would not tolerate a Catholic kingdom.” 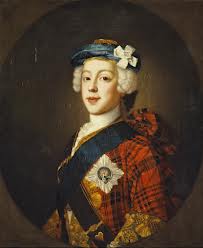 Subject wearing a white cockade pinned to his hat.

In light of this information, and of the reference to “Hollanders” within the song, it would seem to lend some credibility to the suggestion that this song was established much earlier than 1820. 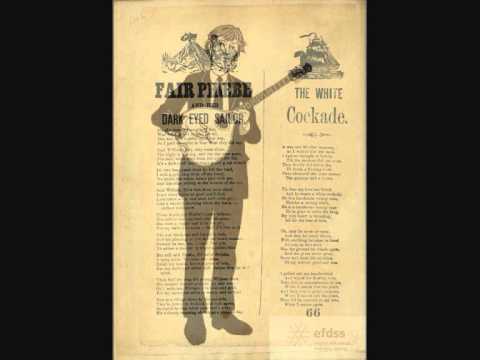